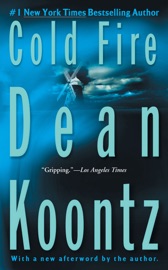 A man on a mission must come to terms with his forgotten past in this gripping thriller from #1 New York Times bestselling author Dean Koontz.

In Portland, he saved a young boy from a drunk driver. In Boston, he rescued a child from an underground explosion. In Houston, he disarmed a man who was trying to shoot his own wife. Reporter Holly Thorne was intrigued by this strange quiet savior named Jim Ironheart. She was even falling in love with him. But what power compelled an ordinary man to save twelve lives in three months? What visions haunted his dreams? And why did he whisper in his sleep: There is an Enemy. It is coming. It’ll kill us all...?